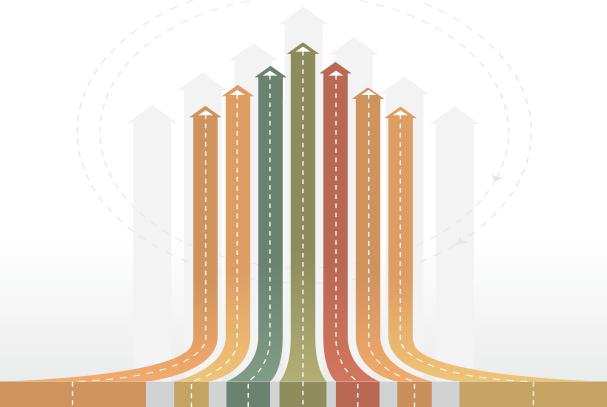 The CEO of one of the world’s largest money management firms was puzzled. He wanted to know why there was a Bell curve for performance among his employees, with a few outstanding, most in the middle, and a few poor. After all, he hired only the best and brightest graduates from the top schools – shouldn’t they all be outstanding?

That same puzzle was explored in Malcolm Gladwell’s bestseller David and Goliath, which I recently read. Malcolm was befuddled by the finding that many of those in the mid to low achievement spectrum of Ivy League schools did not turn out to be world leaders – despite their SAT scores being higher than even the best students at the so-so colleges, who fared better.

Gladwell and that CEO share a certain muddle in their reasoning: they assumed that academic abilities should predict how well we do in life. They don’t.

Gladwell proposes that the relatively poor performance of students who scored average grades at highly competitive schools suffer from a learned low self-confidence from being small fish in a big pond. That may be part of the picture, but there’s much more to it.

Studies at the University of Pennsylvania have found that students who don’t have the highest IQs in their class but get high grades share an attitude called “grit.” They keep plugging away despite any setbacks or failures.

And a 30-year longitudinal study of more than a thousand kids – the gold standard for uncovering relationships between behavioral variables – found that those children with the best cognitive control had the greatest financial success in their 30s. Cognitive control predicted success better than a child’s IQ, and better than the wealth of the family they grew up in.

Cognitive control refers to the abilities to delay gratification in pursuit of your goals, maintaining impulse control, managing upsetting emotions well, holding focus, and possessing a readiness to learn. Grit requires good cognitive control. No wonder this results in financial and personal success.

To further understand what attributes actually predict success, a more satisfying answer lies in another kind of data altogether: competence models. These are studies done by companies themselves to identify the abilities of their star performers. Competence models pinpoint a constellation of abilities that include grit and cognitive control, but go beyond. The abilities that set stars apart from average at work cover the emotional intelligence spectrum: self-awareness, self-management, empathy, and social effectiveness.

Both grit and cognitive control exemplify self-management, a key part of emotional intelligence. IQ and technical skills matter, of course: they are crucial threshold abilities, what you need to get the job done. But everyone you compete with at work has those same skill sets.

It’s the distinguishing competencies that are the crucial factor in workplace success: the variables that you find only in the star performers – and those are largely due to emotional intelligence.

These human skills include, for instance, confidence, striving for goals despite setbacks, staying cool under pressure, harmony and collaboration, persuasion and influence. Those are the competencies companies use to identify their star performers about twice as often as do purely cognitive skills (IQ or technical abilities) for jobs of all kinds.

The higher you go up the ladder, the more emotional intelligence matters: for top leadership positions they are about 80 to 90 percent of distinguishing competences.

You can learn more about developing skills for future leaders in my new book with Peter Senge, The Triple Focus: A New Approach to Education, available for pre-order here.

What Makes a Leader: Why Emotional Intelligence Matters: A compilation of my Harvard Business Review articles and other business journal writings in one volume. This often-cited, proven-effective material has become essential reading for leaders, coaches and educators committed to fostering stellar management, increasing performance, and driving innovation.

Resonant Leadership: Inspiring Others Through Emotional Intelligence: This master class by Richard Boyatzis (co-author of Primal Leadership and Chair of Organizational Development at the Weatherhead School of Management) offers you the tools to become the leader you want to be—including exercises to reassess valuable and effective techniques.