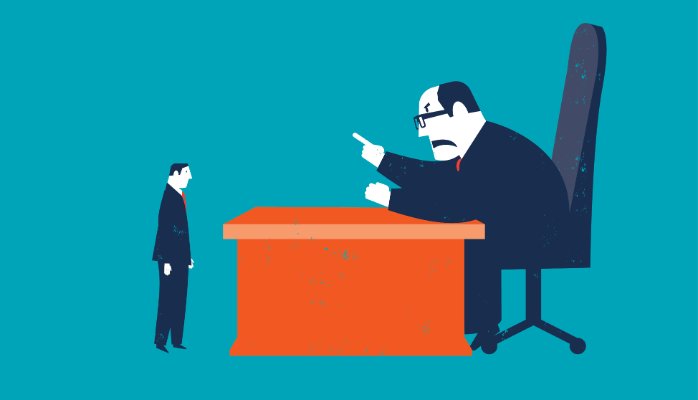 Behind his back, Allen’s staff called him “Mr. My-Way-or-the-Highway.” Full of demands, Allen ruled his department with an iron fist, making every decision big and small with little input from others. Allen’s staff had ideas for improving their workflow, but didn’t dare make suggestions. During a company-wide party, several of Allen’s direct reports cornered the head of HR, complaining about Allen’s heavy-handed leadership.

Allen has much in common with leaders I discussed with my friend and colleagueDaniel Siegel during our Brainpower webinar series. Dr. Siegel described Michael Rutter’s classic studies of school leadership’s impact on performance. Schools with a dictator-like leader did not perform as well as those with a more emotionally intelligent director. A webinar participant asked us how we would coach a leader like those in Rutter’s study. Dr. Siegel framed his response using his understanding of Attachment Theory and Secure Base Leadership.

What Made the Dictator?

Dr. Siegel said, “As a coach, I would try to get beneath the structure of why this person was that way. We all start life needing to have three S’s that build on a fourth S: First, we need to be seen – our feelings, thoughts, hopes, dreams, longings, our perspective are taken into account and respected by, in this case, the caregiver.

The second is to be soothed. As a baby, when we’re distressed we need connection with a caregiver who sees us, makes sense of what they see, and responds in a timely and effective manner…. Across all cultures, when you have that response, you are soothed.

The third S is safe, being protected from harm, including harm from the caregiver…. When you’re safe, soothed, and seen in a reliable way, you get the fourth S, security.

I wrote a book with Mary Hartzell called Parenting from the Inside Out. It could be easily called “Leading from the Inside Out.” It reviews the science of attachment and allows you to make sense of what happened to you, to liberate yourself from ways you adapted when you were not seen, soothed, safe, secure.Brainstorm is a condensed summary of attachment theory and what you can do to bring someone from non-secure states to secure states of mind. Such non-secure states of mind can make you prone to acting like a dictator in an organization.”

Does the Leader Want to Change?

I agree with Dr. Siegel. Before coaching someone like Allen, it would be helpful to know more about him and how he chose that strong-handed approach to leadership. I’d also want to know about his motivation.

Here’s what I said during Brainpower.

“The first question I’d ask is “Do you care? Do you want to change?” A non-confrontational way to approach that is “Where would you like to be in five years? What are your dreams? What would help you get there?” Very often that gets to the very behavior you’re trying to coach them on.

If they do want to change, another thing that helps is seeing themselves as others see them. Here a 360-degree instrument could be very helpful. I helped develop one for emotional intelligence competencies, called the Emotional-Social Competence Inventory, the ESCI. Leaders can use such an instrument and ask for feedback from people they know, who know them well, who they respect. Could be their peers, boss, direct reports. Everyone fills it out anonymously and you, as coach, give them the feedback. If they have a glaring problem, that will show up. You can focus on that. Once they see “Yes, I do need to develop here,” you can go through the steps Dan outlines in Brainstorm.

You also can help them find a positive career model, maybe someone in their own career who they loved as a leader, a very positive model rather than the way they’re being. Then, help them practice steps that will make them that kind of person. For example, they may never have talked to someone who reports to them on a one-to-one basis to find out what that person wants from life, their career, their job. That kind of conversation attunes you, gives you empathy, and it might stir empathic concern. Put them in situations where they can practice that, where they see the value of a different form of leadership.”

Is it Too Late for Allen?

It’s easy to look at Allen and think, “There’s no use, he’s too stuck in his ways to change.” I wrote the Forward to Dr. Siegel’s book Mindsight, where he used an example of a man he called Stewart.

During Brainpower, Dr. Siegel reminded me of Stewart, saying:

“It’s never too late. In Mindsight, I wrote about Stewart, a 92-year-old lawyer who ran a law firm like a dictator. No longer in charge of the organization, he ran his relationships the same way. He goes through a process of transforming from “It’s all about me. I’m the leader and this is the way you have to do it” to a completely different way of being. You can see what the challenges were in Stewart’s inner life and how he went from a non-secure, or insecure, to a secure state of mind.”